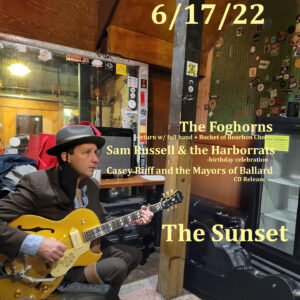 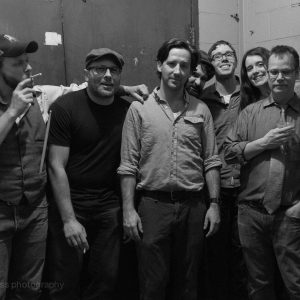 It’s 2022, and it’s been quite a couple years. While we spent 10 years as the Ballard bar band, known for very late long gigs at Conor Byrne Pub, Sunset and aTractor Tavern, the two years following Covid were quiet. Representative of the recent events, we released our first acoustic album, Turn to the Moon. 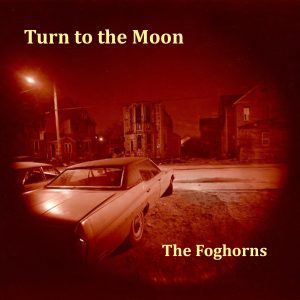 Before this acoustic album, we’ve been known as an eight-piece band, consisting of a four-part choir made up of local songwriters, a bass clarinetist, a Taiko drummer turned blues drummer, a bassist, and whatever Bart Cameron is.

When Bart moved to Iceland in 2003 as a Fulbright Fellow, he revamped the band and toured Iceland using the moniker. In Iceland, Bart released a bucket and guitar folk album, So Sober. The band, still with bucket percussion, performed across Iceland including performing twice at Iceland Airwaves, at Innipukinn, and more than a 100 other performances across the island.

(The photo above is what the band looked like performing with a bucket in Iceland in 2004.)

The Foghorns released The Sun’s Gotta Shine… in 2015. A second part of that project, …On a Dog’s Ass Sometimes, was released in 2017.